Optical fibers have become increasingly important not only for telecommunications but also for high-power lasers. Fiber lasers are efficient, compact, and robust and have applications in missile defense, medicine, and guide-star lasers, as well as high-flux laser-based particle accelerators. However, nonlinear propagation artifacts limit the powers and pulse energies of fiber lasers. We recently suggested that a tradeoff between beam self-focusing and stimulated Raman scattering will limit conventional fiber lasers to average powers of 37 kW, well below the 100 kW to 1 MW needed for missile defense. We are pursuing the development of a new waveguide class of air-guided multichannel fibers. Compared to existing air-guided fibers, our fibers will show that an array of resonant holes resolves stability problems. One version would be able to transport photons for the Laboratory's envisioned missile-defense lasers. The other, tuned to different wavelengths, would be able to transport pulses having megawatt to gigawatt peak powers.

To achieve and transport the average powers needed for defense-class lasers and the peak powers needed for DOE-class particle accelerators, we will need new types of optical fibers. We expect to demonstrate, through modeling, fabrication, and testing, that air-guided multichannel optical fibers can transport missile-defense class laser pulses of 100-kW average power and laser pulses suitable for surgical and micro-machining applications in the gigawatt peak-power range. We also expect to demonstrate the first air-guided multichannel fibers that propagate modes appropriate for laser-based particle acceleration. Furthermore, we expect to establish the baseline competencies for fabricating all types of hollow-core photonic crystal fibers, enabling custom fibers for aerospace and medical applications. Specifically, we intend to fabricate and test hollow-channel fibers with a flattened mode on a hexagonal grid. The fibers will have relatively thick webs to dissipate and tolerate laser-generated heat and to permit transport of high-power laser light while maintaining good beam quality. The fibers will be computer modeled and then fabricated on the LLNL fiber draw-tower facility and tested both at Livermore and at collaborator facilities.

Our research supports the national security mission by providing a safe, vibration-insensitive conduit of extreme light from a centrally located laser to a target or beam director. The research also supports the Laboratory's core competency in lasers and optical science and technology by proving paths to new sensors and lasers, such as long-length gas sensors and compact gas lasers. Long-term, the project supports DOE's particle acceleration mission by providing a path to high-flux laser-based particle accelerators, allowing a thousandfold increase in energy or reduction in size over accelerators based on radio waves.

In FY15 we (1) added half-wave layers to two conventional quarter-wave designs, making the optical fibers more robust and reproducible without altering their guiding properties; (2) developed techniques for building these fibers by applying different pressures to three zones of the preform starting material; (3) installed a super-continuum light source (with safety considerations) and purchased detectors that reach to 2 µm to test the fibers; (4) wrote and implemented software for modeling effects induced by twisting arbitrary guides; and (5) sealed noble gases into the hollow fibers. 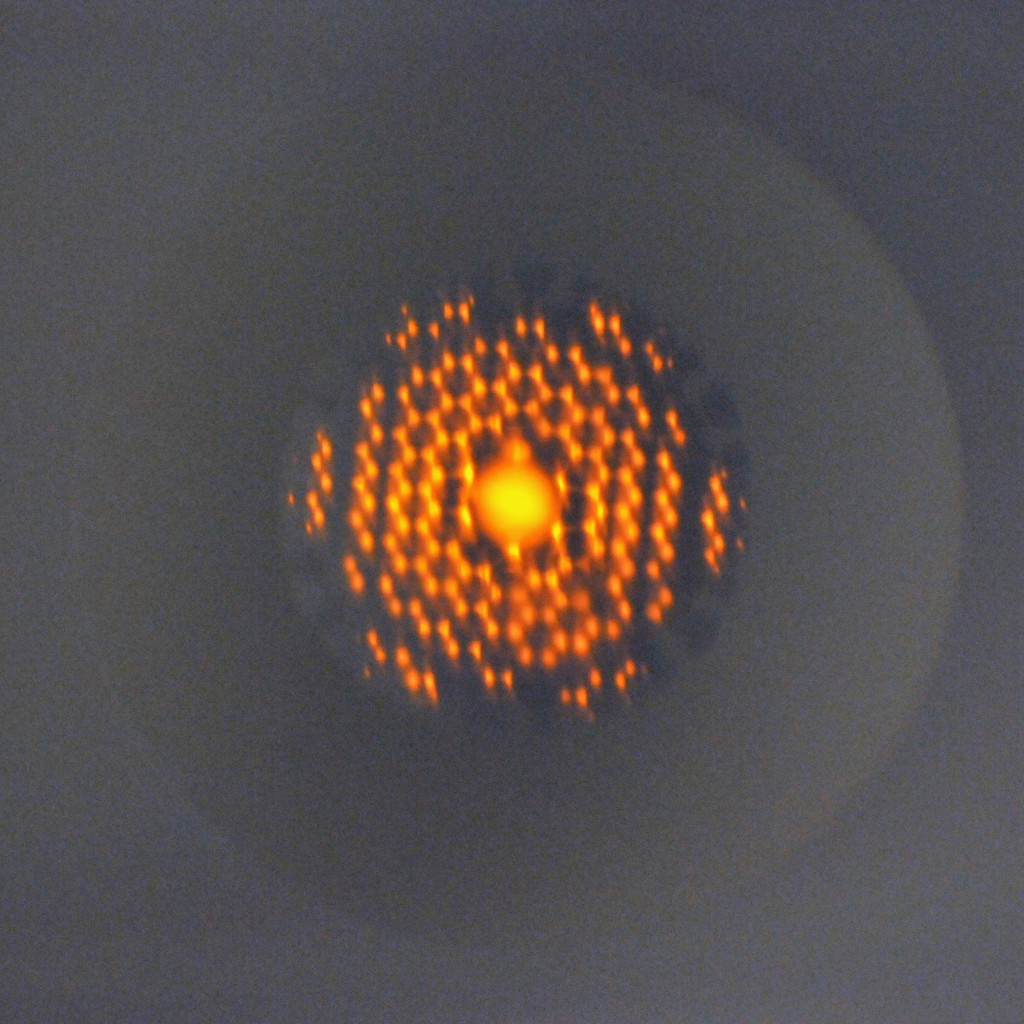