State-of-the-art optical systems typically consist of crystals whose optical properties are controlled by applying external fields (electric, acoustic, or magnetic) and whose peak performance is limited by damage to these optics. This project will explore the feasibility of light manipulation techniques using plasma photonics, in lieu of a crystals, to raise the damage threshold, lower the cost, and reduce the physical size of optical systems by several orders of magnitude.

Large laser facilities such as Livermore’s National Ignition Facility are establishing a new era for Inertial Confinement Fusion and high-energy-density science. Their unprecedented laser energies and extreme conditions are creating new venues of laser–matter interaction physics in regimes previously unavailable. At the same time, these facilities present formidable technological challenges because of the complexity involved in operating high-power lasers with an extreme degree of precision and within constraints set by optics damage thresholds. Laser control at such high powers is usually achieved far away from the target, where the size of the laser beam is greatly increased to reduce the laser flux on the optical elements and avoid destroying them, an approach that drives up the cost and size of these facilities. A different approach consists of controlling the lasers directly in situ, focusing them to a sub-millimeter-size spot at their highest intensities. Matter under such extreme laser fluxes instantly becomes a plasma. This plasma possesses optical properties that can be used to control laser light in many novel ways, reproducing or even surpassing what is achievable in crystal-based optical systems at intensities over a million times higher. With this project, we intend to advance our fundamental understanding of plasma photonics, the science of light manipulation using plasmas, by tailoring the plasma refractive index (see figure). The knowledge gained will be applied to new concepts and applications for plasma-based photonics systems and to manipulate laser light in situ, possibly even replacing crystal-based optical systems. These novel solutions for the manipulation of light will benefit current and future generations of laser facilities, as well as the science experiments carried out on them.

With what we learn from this study about the manipulation of light by plasmas in extreme conditions, we expect to develop multiple plasma photonics building blocks and to combine them into progressively more complex systems. One example of such a system would be a plasma-based Pockels cell and optical switch. In principle, this could be developed by combining the two building blocks of a plasma polarizer and wave plate. Besides the resistance to high laser fluxes, these systems should also possess extremely fast response times compared to crystal-based optics systems. Results from our plasma photonics research could contribute significantly to the science and technology associated with the design of the next generation of large-scale, high-power laser systems by offering novel solutions to some of the existing challenges, specifically by the replacement of traditional optics by “indestructible” plasma-based systems. Results of this project could also have a dramatic impact on the Inertial Confinement Fusion and high-energy-density science experiments carried out at these facilities by allowing manipulation of light directly inside the target.

This research supports the NNSA goal of strengthening the science, technology, and engineering base of the agency. Specifically, this project develops Livermore’s core competency in lasers and optical science and technology through its exploration of novel solutions to some of the existing challenges related to the design of high-power laser systems. This project is also well aligned with the Laboratory’s mission focus area of inertial fusion science and technology, which would benefit from advances to these systems.

In FY17 we engaged in two proof-of-principle experiments that demonstrated new concepts in the manipulation of the polarization of light using plasmas that we had evoked at the beginning of this project. Specifically, in the first experiment, we produced a “plasma polarizer” in the laboratory. In the second experiment, we achieved a “plasma waveplate” whose birefringence could be tuned by adjusting the intensity of an auxiliary “pump” laser, thereby proving the feasibility of a plasma-based Pockels cell with essentially no optics damage constraints. 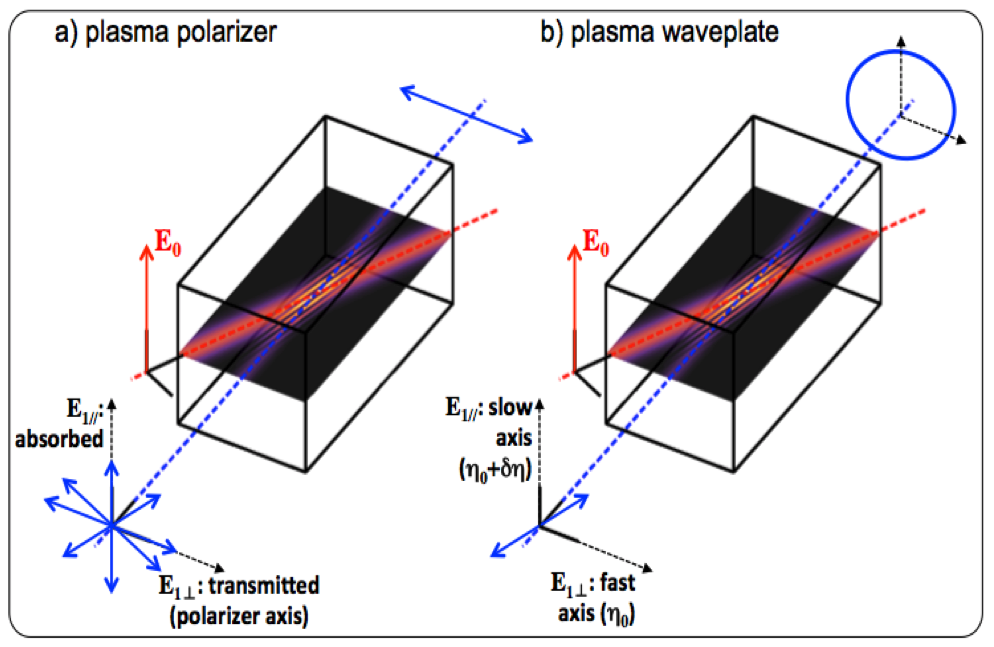 Figure 1. We measured for the first time the complex refractive index of a laser-plasma system, and found the measurements are in excellent agreement with theory, which is shown as solid curves (a). The achieved manipulation of the refractive index can lead to "fast" or "slow" light phenomena, which have never been proposed or investigated in plasmas before. The "group index," a measure of the increase or decrease of a light pulse's group velocity while propagating through our laser-plasma system, is shown in (b).