A primary goal of LDRD is to foster excellence in science and technology that will, among other things, attract and retain the most qualified scientists and engineers and allow scientific and technical staff to enhance their skills and expertise.

Livermore’s LDRD principal investigators and research teams receive numerous prestigious honors, awards, and recognition for LDRD-funded work. These recent honors attest to the exceptional capabilities, talents, and performances of these researchers, while simultaneously highlighting the success and vitality of the LDRD Program at Livermore.

Project: Wetlands as a Source of Atmospheric Methane: A Multiscale and Multidisciplinary Approach (14-ERD-038)

In 2016, the Department of Energy named two Livermore scientists among the winners of the prestigious DOE Office of Science’s Early Career Research Program (ECRP) awards, granting them up to $500,000 per year for five years. The Early Career Research Program, now in its seventh year, is designed to bolster the nation’s scientific workforce by providing support to exceptional researchers during the crucial early career years, when many scientists do their most formative work. 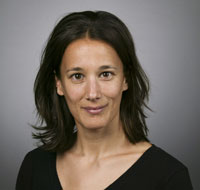 Félicie Albert, an experimental plasma physicist at the National Ignition Facility and expert in ultrafast x-ray sources and laser–plasma interactions, won the award for her work in laser-driven x-ray sources for high-energy-density science experiments. "The x-ray sources from laser–plasma accelerators hold promise," Albert said, "but so far haven’t been explored much at large-scale laser facilities to probe plasmas under extreme temperature and pressure conditions."

“I am incredibly grateful and honored to have won this award. I cannot think of a better time and place to pursue this project,” Albert said. “The next five years are going to be very exciting. I am looking forward to working with some of the world’s most fascinating lasers, including NIF’s Advanced Radiographic Capability and SLAC’s Linac Coherent Light Source.…” 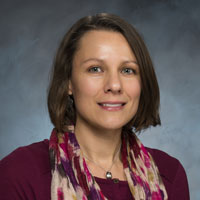 Karis McFarlane, a staff scientist at the Center for Accelerator Mass Spectrometry, was awarded a five-year grant to study the impact of climate change on carbon cycling in tropical forests. She plans on joining the Next Generation Ecosystem Experiments-Tropics (NGEE-Tropics) project, headed by Lawrence Berkeley National Laboratory, to gather radiocarbon data on soil and tree roots.

“This grant is a career-changer,” McFarlane said. “It’s security in the research I’m doing that allows me to look at things in a larger, more long-term way.” 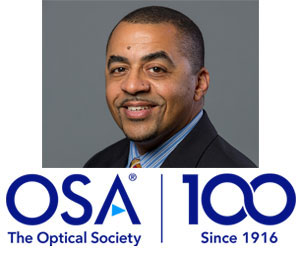 Livermore physicist Manyalibo Matthews was elected as a fellow of the Optical Society (OSA), the world’s leading professional organization for scientists in the field of optics and photonics. Matthews was recognized by the OSA for his "outstanding contributions and sustained leadership in the ﬁeld of high-power laser-induced damage science, laser-material interactions and processing and vibrational spectroscopy-based materials characterization." Matthews holds a Ph.D. in physics from the Massachusetts Institute of Technology and is a former member of the technical staff at Bell Labs. He joined Livermore in 2006 and serves as the deputy group leader in the Materials Science Division's Optical Materials and Target Science group. His research interests include novel applications in laser-assisted material processing, optical damage science, vibrational spectroscopy, and in situ optical characterization of transient processes. 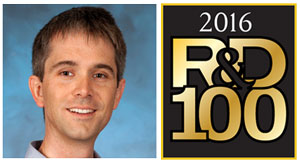 R&D Magazine is a major trade publication serving science, engineering, and technical staff across academia, government, and industry. Their annual R&D 100 Awards honor the 100 most technologically significant new products of the year. Among the winners in FY16 was the Polyelectrolyte Enabled Liftoff (PEEL) technology, a robust, scalable method of fabricating freestanding polymer films that are larger, stronger, and thinner than conventional methods can produce. PEEL is used at the Laboratory's National Ignition Facility for the daily fabrication of membranes as thin as 30 nanometers that serve as compliant, load-bearing elements for laser targets. The technology received early support from an LDRD project that enhanced understanding of ultrathin films, their synthesis, and their characterization.

With the new PEEL process, very thin films can be directly delaminated from their deposition substrates over very large areas. PEEL eliminates the need for often-used sacrificial interlayers, which can negatively impact the properties of the final freestanding film, and are difficult to scale in quantity and size. PEEL allows, for the first time, the remarkable properties of polymers such as polyvinyl fluoride to be exploited in vanishingly thin films. Because the process is easily scalable in size and manufacturing quantity, it could eventually be applied to sensing, catalysis, filtration, and wound-healing applications. The work was done in collaboration with San Diego-based General Atomics. 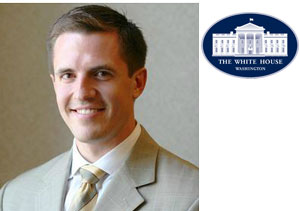 Jonathan Hopkins, a former Livermore postdoctoral researcher, was chosen by President Obama to receive a 2016 Presidential Early Career Award for Scientists and Engineers (PECASE) for his significant contributions to the development of unique 3D printed materials (LDRD project 14-SI-004). This award honors young scientists and engineers whose work combines cutting-edge research with service. Hopkins was among a group of researchers who developed the 3D printing of lightweight metamaterials with negative thermal expansion that can be "tuned" to shrink over a large range of temperatures. These metamaterials can be used to secure parts that tend to move out of alignment under varying heat loads, including microchips and high-precision optical mounts. Describing structures made with this process, Hopkins says, "The interesting thing is it's made of two different materials, beams and void space. When you heat it, as long as one of the beams expands more than the others, then the connecting points between each unit cell pulls inward and makes the overall lattice pull inward. It's an immediate thermal contraction, which is the unique thing about it." Hopkins, who is now an assistant professor of mechanical and aerospace engineering at UCLA, laid the groundwork for these metamaterials in his early work.

Alfredo Correa Tedesco, a researcher in the Laboratory’s physics division, won a Best Paper award at the 2016 IEEE International Parallel and Distributed Processing Symposium (IPDPS). This event, according to the IPDPS Website, “… is an international forum for engineers and scientists from around the world to present their latest research findings in all aspects of parallel computation” as an expression of “the strength of international cooperation in seeking to apply computer science technology to the betterment of our global village.” Tedesco is an expert in condensed matter at extreme conditions generated by laser-driven compression, x-ray diffraction, and x-ray absorption spectroscopy. The paper, “Massively Parallel First Principles Simulation of Electron Dynamics in Materials” was generated from the work he performed in LDRD project 14-ERD-103.

Michael Bagge-Hansen, a researcher in Livermore’s Materials Science Division, was selected as one of two recipients of a Young Researcher Award by the Nanodiamond Symposium organizers at the 2016 Spring Materials Research Society meeting. The award recognizes outstanding early-career researchers working with nanodiamond particles who presented their results at the symposium. Bagge-Hansen’s award was for his work on measurements of nanodiamond formation during detonation using time-resolved, small-angle x-ray scattering, as part of LDRD project 14-ERD-018.