A Design Platform for Electrochemical Conversion of Carbon Dioxide

New technologies for CO 2 utilization are urgently needed to provide a near-term incentive to capture environmentally damaging emissions from the energy and manufacturing sectors. Currently, CO 2 must be removed from the atmosphere (i.e. we must achieve negative emissions) to maintain a safe climate. Given the thermodynamic stability of CO 2 , energy is required for its reduction to a useful product (e.g., fuels or commodity chemicals). The use of electrical energy is attractive because of the availability of abundant, inexpensive renewable electricity during off-peak hours. However, despite the attractiveness of the approach and decades of research, current processes for electroreduction of CO 2 suffer from low selectivity and productivity, largely due to competing reaction (such as hydrogen evolution) on the Cu catalyst's surface. The electrocatalytic environment (i.e., the combination of solvent, voltage, and reactant concentration) is a critical parameter that dictates reactor performance (Resasco et al. 2017 and 2018, Hori et al.1989), but the cause for these effects is not well understood. Lawrence Livermore National Laboratory has developed tools to simulate electrode environments under applied voltages for the past five years (Radin et al. 2015), but these tools must be developed further to gain insight into the mechanism of electrocatalysis.

Our goal was to develop and experimentally validate a mechanistic insight into the effects of the electrocatalyst environment on transition state energy barriers and kinetics. During this project, we pursued the following three objectives: (1) design and implement electrochemical reactors with a well-controlled solution environment to validate our theoretical tools; (2) design and implement well-controlled catalyst deposition methods and in situ characterization; and (3) model the effects of the local electrode–electrolyte environment on CO 2 electroreduction pathways to commodity products and the sensitivity of the pathways to environmental changes. The figure below depicts an electrochemical cell designed to test variations in selectivity with electrolyte composition. 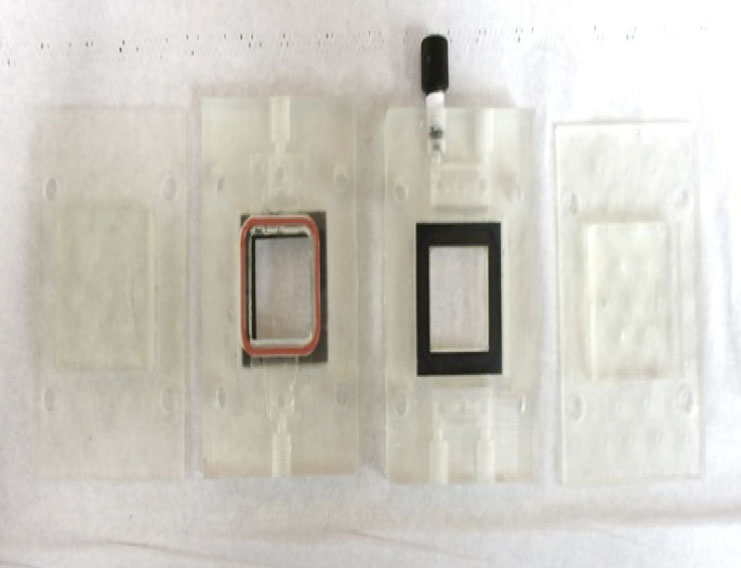 An electrochemical cell designed to test variations in selectivity with electrolyte composition.

This project directly supports the Laboratory's mission in energy and resource security, as well as the CO 2 products thrust of the Laboratory director's carbon initiative. This project enhanced Livermore's high-performance computing core competency by developing the computational science and engineering research priorities of extending capabilities to new applications with realistic complexity and increasing the reliability of simulations. Finally, this project enhanced the advanced materials and manufacturing core competency by accelerating the design and fundamental understanding of new materials.

This project also closely aligns with current DOE priorities by directly addressing the key gaps associated with catalyst design "beyond the active site," identified as a priority research need in a recent Basic Energy Science Basic Research Needs meeting (DOE 2017) on advanced catalysis. Furthermore, the Office of Energy Efficiency and Renewable Energy and the Bioenergy Technologies Office within the DOE have a new emphasis on "rewiring the carbon economy," with which this project is well-aligned. Current Laboratory investments and key capabilities position the Laboratory to emerge as a leader in this area. This project has allowed us to establish the theory and experimental capability that are being leveraged by a new project funded by the DOE's Advanced Manufacturing Office. Additionally, we expect further investments in expanding these capabilities through a pending CRADA. The next phases of this research will now be included into the scope of a new project.

Through this project, we sought to understand and optimize the environment of catalysts for upgrading carbon dioxide to more valuable products using feedback between advanced theory and experiments. As a result, we were able to determine how electrode current and capacitance vary with electrolyte composition and showed that calculated energy barriers are also dependent on electrolyte composition. Furthermore, the capabilities developed during this project are being applied to several new externally funded projects. We have established collaborations with Stanford University and the University of California Santa Cruz, with several other collaborations pending. We plan to play a strong role in the direction of the CO 2 electroreduction field and the associated transfer of technology to industry.

DOE. 2017. Report of the Basic Energy Sciences Workshop on Basic Research Needs for Catalysis Science to Transform Energy Technologies. May 2017.