LDRD projects are defined by their mission-driven creativity, a characteristic that attracts the nation's (indeed, the world's) best and brightest scientists and engineers to LLNL. Inspired by a sense of purpose and a high standard of excellence, LDRD-funded research often launches stellar careers, initiates strategic institutional collaborations, produces game-changing technical capabilities, and even forms the foundation entirely new fields of science. Empowered by the program, the impact our technical staff makes is often felt well beyond the DOE mission space.

It is no surprise then that every year, several of Livermore's LDRD principal investigators are recognized for the ground-breaking results of a project or for long-term contributions to their fields. The following short list of stories attests to the exceptional talents of these researchers and underscores the vitality of Livermore's LDRD program. 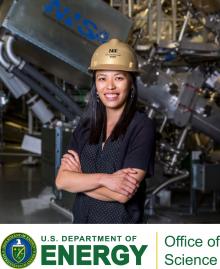 LLNL plasma physicist Tammy Ma has been named a recipient of an award from the prestigious DOE Office of Science Early Career Research Program (ECRP). The program, now in its ninth year, is designed to bolster the nation's scientific workforce by providing support to exceptional researchers during their crucial early career years, when many scientists do their most formative work. Under the program, Ma will receive a total of $2,500,000 over five years for her proposal, "Multi-ps short-pulse laser-driven particle acceleration for novel HED and ICF applications."

"I am so grateful for everything the Lab has provided to allow me to thrive — an incredibly nurturing environment, freedom and support to be innovative, the LDRD grant that laid the groundwork for this project, mentors that continuously encourage me, and the family of colleagues that makes it fun to come to work every day," Ma said. "I'm honored to receive this award, and the coolest part is that I'll get to extend the work of many of the LLNL giants that came before — this type of short-pulse particle acceleration was first discovered on the Nova laser, and now I get to use NIF ARC to push it forward into the multi-picosecond, high-energy regime."

Ma is an experimental plasma physicist in inertial confinement fusion and high energy density physics. She earned her bachelor's degree in aerospace engineering from Caltech in 2005 and received her master's degree in 2008 and Ph.D. in 2010, both from the University of California, San Diego. Following graduate school, she completed a postdoc at LLNL before becoming a staff scientist in 2012.

Ma currently serves as the leader of the X-Ray Analysis Group for LLNL's Inertial Confinement Fusion Program at the National Ignition Facility. Ma has authored or co-authored more than 140 peer-reviewed journal publications and has been recognized with the Stix Award for Outstanding Early Career Contributions to Plasma Research by the American Physical Society and the Presidential Early Career Award for Science and Engineering, the highest honor bestowed by the U.S. government on science and engineering professionals in the early stages of their independent research careers.

Awardees were selected from a large pool of university and national laboratory-based applicants. Selection was based on peer review by outside scientific experts. 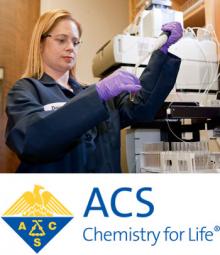 The American Chemical Society (ACS) has named LLNL chemist Dawn Shaughnessy as a fellow. She is one of 51 fellows selected in 2018. The fellows program began in 2009 as a way to recognize and honor ACS members for outstanding achievements in and contributions to science, the profession, and ACS. "I am very honored that my colleagues in nuclear and radiochemistry nominated me for this fellowship," she said. "I truly enjoy working with them and the American Chemical Society in promoting nuclear chemistry to the next generation of scientists."

Shaughnessy is the group leader for experimental nuclear and radiochemistry and the principal investigator for the heavy element group at LLNL. Grounded in early research that was supported by LDRD, she and her colleagues co-discovered six new elements on the periodic table, the heaviest elements found to date. One of them–element 116, Livermorium–was named in honor of LLNL and the city of Livermore, California.

Shaughnessy was recently mentioned in an article in Nature magazine on contributions by women scientists to the discovery of elements and their properties ("Celebrate the Women Behind the Periodic Table," January 28, 2019). She was also inducted into the Alameda County Women's Hall of Fame in Science in 2011 and was awarded the inaugural LLNL Early and Mid-Career Recognition Award.

Founded in 1916, the Optical Society of America (OSA) is the leading professional association in optics and photonics, home to accomplished science, engineering and business leaders from all over the world. Fellow membership in OSA is limited to no more than 10 percent of the membership and is reserved for members who have served with distinction in the advancement of optics and photonics. 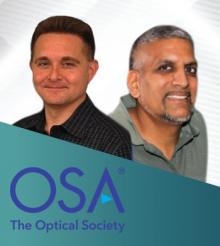 LLNL researcher Tayyab Suratwala has been named a fellow of the OSA. He was cited for "numerous, high-impact scientific and technological contributions improving optic technologies, specifically in the areas of optical fabrication and high laser damage resistant optics and coatings, enabling high-energy laser systems." He has spent more than 20 years at LLNL and currently serves as the program director for optics and materials science and technology. "I am truly honored to be elected as a fellow of OSA," Suratwala said. "I am fortunate and grateful for having the opportunity to work with such a great, talented LLNL team on challenging optic problems and novel optic technologies."

LLNL researcher John Heebner has also been elected a fellow of OSA and was cited for his "numerous innovations, achievements and technical leadership in high-energy laser systems and integrated optics including nonlinear optical microresonators and ultrafast light deflectors." Heebner, now the lead for the Ultrafast Optical and Electronics Systems Group, came to LLNL in 2003 and served as lead scientist for the front end of the National Ignition Facility laser system. He developed the chip-scale SLIDER deflector that set a world record for the fastest deflection of a light beam and recently designed the architecture for the high-contrast front end of the ARC Petawatt upgrade. Regarding the OSA announcement, Heebner said, "It's truly an honor to be elected a fellow of the Optical Society of America. It's humbling to be included among scientists and engineers I've looked up to as role models."

Using HPC resources at LLNL, the LDRD 14-ERD-087 team (Brian Giera, Luis Zepeda-Ruiz, Andrew Pascall, and PI Todd Weisgraber) developed a mesoscale model that reveals exquisite details of colloidal packing morphology and deposit crystallinity. While this work was originally intended to optimize LLNL's electrophoretic deposition (EPD) additive manufacturing technology, German researchers from University of Duisburg-Essen took notice and connected with Brian Giera at a conference in South Korea to learn how the model might help them develop coatings for their neural implants. With their help, Giera wrote a proposal and was awarded the Mercator Fellowship, by the Deutsche Forschungsgemeinschaft (DFG). Like its counterpart in the United States, the National Science Foundation, the DFG is the central, independent research funding organization in Germany, supported primarily by the German federal and state governments. The DFG awards Mercator Fellowships to encourage collaboration between researchers at domestic and foreign institutions. The award will fund 1–2 month trips to Germany over the next three years during which Giera will extend the model to help the researchers at Duisburg-Essen to use EPD to create thin and smooth neural implant coatings.

Three LDRD principal investigators, along with two other LLNL researchers, joined an eclectic group of entrepreneurs, writers, executives, philanthropists and more on Diablo Magazine's annual "40 Under 40" list, which recognizes young professionals in the East Bay who are leading the charge in their fields.

Marcus Worsley, a chemist in the Advanced Materials Synthesis Group, aims to develop novel nanostructured and porous materials, such as aerogels and nanocomposites, for energy and environment-related applications, such as energy storage, gas sensing and catalysis. His recent areas of research have focused on finding ways to use various additive manufacturing techniques, such as 3D printing, to overcome materials and device limitations in this field.

Leily Kiani, a postdoctoral researcher in the Fiber Technologies Group, explores extending the utility of fiber lasers by increasing the frequency ranges accessible to fiber-based systems through novel fiber development and nonlinear frequency conversion. A recent focus of her work has been to investigate the ultimate noise performance in short pulse fiber amplifiers, with important implications for laser-driven particle accelerators and for realizing previously unobtainable states of matter through interaction with high intensity laser pulses.