Structure of the FY16 Portfolio

The portfolio was carefully structured to continue the LDRD Program’s vigorous support for the strategic vision and long-term goals of DOE, NNSA, and Livermore.

The projects described in this annual report underwent a stringent peer-review selection process and received ongoing management oversight. In FY16, the LDRD Program funded 182 projects for a total allocation of $85.75M.

In the largest project category, 122 ER projects accounted for 67% of the number of LDRD projects and almost 70% of the budget for the fiscal year. In FY16, individual ER projects were funded between $21k–1.3M, with an average funding level of $488k.

The 18 funded LW projects represent about 10% of the projects for the year and about 6% of the budget. In FY16, individual LW projects were funded between $145k–308k, with an average funding level of $281k.

The 32 FS projects funded represent almost 18% of the LDRD projects for the year and about 3% of the budget. In FY16, individual FS projects were funded between $10k–175k, with an average funding level of $87k. 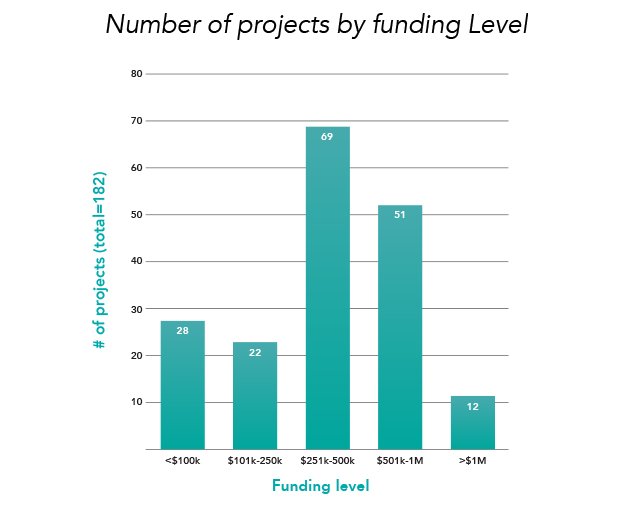 The following chart shows a breakdown of the number of projects for each research category and the respective percentage of LDRD funding. With 36 projects and nearly 21% of the overall funding, the core competency of advanced materials and manufacturing represents the largest research category, while Earth and atmospheric science is the smallest category with only one project and 0.5% of the overall funding. 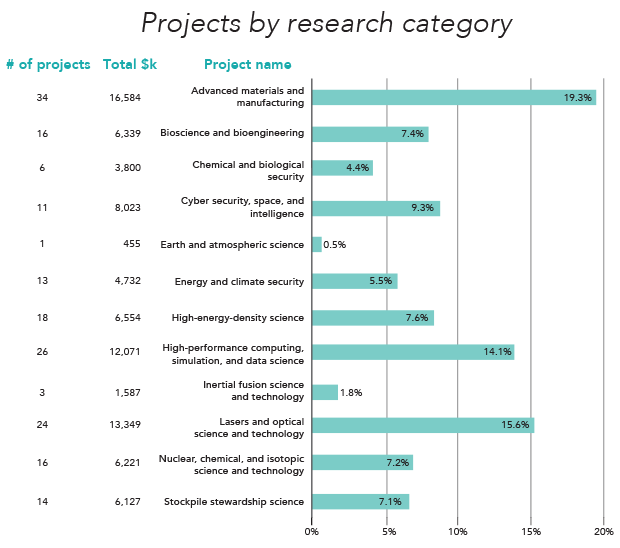