Motivated by inconsistencies with observational data, we are developing short-pulse laser experiments to test assumptions about resonant Auger decay. This fundamental science research will impact the study of general relativity and inform the revision of relevant data models and plasma diagnostics that support nuclear-related national defense missions.

Analyzing the radiation emitted from the accretion disk (the glowing region) around a black hole allows us to test some fundamental assumptions about the Universe, especially the strong-field regime of general relativity. Because of its abundance in the universe, iron, or more specifically, the K-alpha lines from iron (which result when an electron from one of the outer shells of an atom transitions to the innermost “K” shell) are a perfect probe of accretion disk conditions. However, scientists remain unsure as to what effect resonant Auger decay, the process by which energy is emitted by an atom upon the loss of an electron, has on the spectral distribution and brightness of the iron K-alpha complex. Early calculations led scientists to assume that the decay would quench the peak emission (the K line), but more detailed recent calculations, prompted by inconsistencies seen in the spectra of high-mass x-ray binary star systems, suggest that the quenching might not be that efficient. We are engaging in the first ever study of K-line emissions from photo-ionized iron plasma to probe the effect of resonant Auger decay. To do this, we will generate the photo-ionized iron plasma using a high-power, short-pulse laser and measure the K-line emissions using x-ray spectrographic tools. This fundamental science project stands to impact not only our ability to study general relativity, but also the relevant data models and plasma diagnostics in use at Lawrence Livermore.

We plan to shed light on the assumption that resonant Auger decay is, in fact, responsible for the absence of the iron K-alpha line in the emission spectra of accretion disks. If the decay is responsible, then we will have strong experimental support for current assumptions used in accretion disk modeling and data interpretation, and we will re-assess our atomic modeling tools and methods to account for inconsistencies seen in the spectra of high-mass x-ray binary star systems. If resonant Auger decay is not responsible, then the standard disk paradigm of black hole accretion is challenged, the data archive at Livermore (containing dozens of data sets) will need re-examination, and we will have established the basis for a new class of plasma diagnostics that can be used in astrophysics and the Laboratory. Ultimately, this work represents an innovative exploration of fundamental questions in astrophysics. The results of experiments in this new photon–matter interaction regime will enable the Laboratory to explore high-energy-density physics at more extreme conditions. What we discover here about atomic physical processes and theory will impact our atomic modeling tools and methods, potentially leading to the development of a new class of plasma diagnostics for use in astrophysics.

This research supports the NNSA mission of advancing the scientific, technological, and engineering competencies that are the foundation of the NNSA mission. Specifically, the information and capabilities resulting from this research will contribute to the Laboratory’s core competency in high-energy-density science.

This project began in March 2017. Since then, we have (1) carried out an experimental campaign on the Laboratoire pour l'Utilisation des Lasers Intenses (LULI) facility, Paris, France; and (2) measured K-shell and L-shell emissions of photoionized argon. 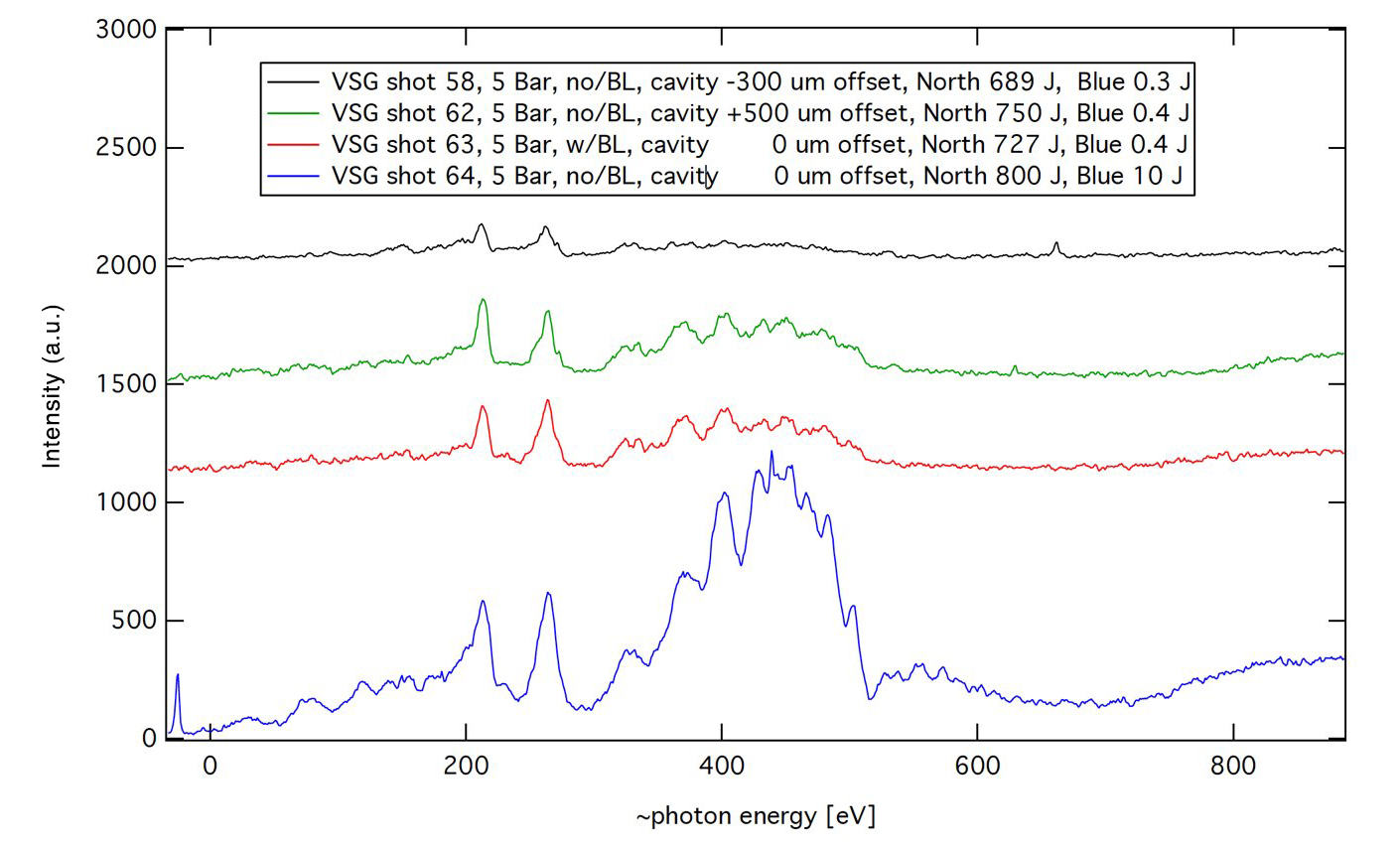