Our goal is to acquire the first data on relativistic electron–positron subatomic particle production from Lawrence Livermore's Advanced Radiographic Capability, including scaling of the particle yield and energy spectra as a function of laser parameters and target conditions. Use of relativistic pair plasmas can help us understand and verify the fundamental plasma physics involved in astrophysical models and energy and nuclear security research.

Relativistic electron–positron pair plasmas and jets were a major component of the early universe and are still abundant in many astrophysical systems. They are invoked to explain energetic phenomena related to gamma-ray bursts, active galactic nuclei, and black holes. In the corresponding astrophysical models, relativistic plasma physics plays a crucial role. Unlike electrons and ions in conventional plasmas, the electrons and positrons in a pair plasma have equal masses, so many standard plasma approximations break down. A relativistic laboratory pair plasma is needed to understand and verify the fundamental plasma physics involved in these astrophysical models. However, producing astrophysically relevant relativistic electron–positron (antimatter) plasmas in the laboratory has proved challenging. Key difficulties include producing pairs at high density, the short lifetime of positrons, and their highly relativistic energies. As a result, no experimental platforms exist that are capable of simulating astrophysical conditions. Building on the significant progress that has been achieved using intense lasers for positron production, we are exploring pair plasma applications in laboratory astrophysics and fundamental plasma physics. We will pursue two lines of research. First, using Livermore's National Ignition Facility discovery science experimental shots, we will exploit the new high-energy Advanced Radiographic Capability lasers, which are expected to produce pair jets of unprecedented density, suitable for laboratory astrophysical experiments. Second, we will establish an experimental platform for studying the interaction of pair jets with electron–ion plasmas and other pair jets on smaller facilities, such as the Titan laser at Lawrence Livermore and the Laboratory for Laser Energetics' OMEGA EP laser facility at the University of Rochester in New York. The two lines of research are complementary, and each addresses specific aspects of the goal of using laboratory-produced relativistic pair plasmas to understand the astrophysical physics models for some of the most energetic phenomena in the universe.

We expect to acquire the very first data on relativistic electron–positron production from Livermore's Advanced Radiographic Capability, including scaling of the particle yield and energy spectra as a function of laser parameters and target conditions. The data will be used to assess the density and temperature of the pair plasma jets produced, relative to conditions required for experimental replication of physics in gamma-ray bursts. In addition, novel experimental data on pair jet–plasma and jet–jet interactions will be acquired from the Titan and OMEGA EP lasers. We will obtain baseline pair production data on the Advanced Radiographic Capability. Once a baseline is established, we will begin to optimize the pair density using proven techniques such as varying target size and material, and adding low-density plasma in the laser–target interaction region. In parallel to these experiments, we will pursue development of new experimental platforms for pair plasma–jet interaction experiments. Once developed, these platforms can be implemented at the National Ignition Facility, where the higher-density pair jets produced will lead to higher instability growth rates during the jet–plasma interaction, possibly reaching the nonlinear regime. As such, future experiments at the National Ignition Facility would provide new insight into the physics governing the propagation of relativistic pair jets through the intergalactic medium.

Laser-generated electron–positron antimatter plasmas are intrinsically high-energy-density systems, and this line of research applies Lawrence Livermore's unique laser and diagnostic capabilities to produce and understand these unique plasmas, in support of the Laboratory's high-energy-density science core competency. This research is also relevant to the DOE's goal of transforming our understanding of nature and strengthening the connection between advances in fundamental science and technology innovation. 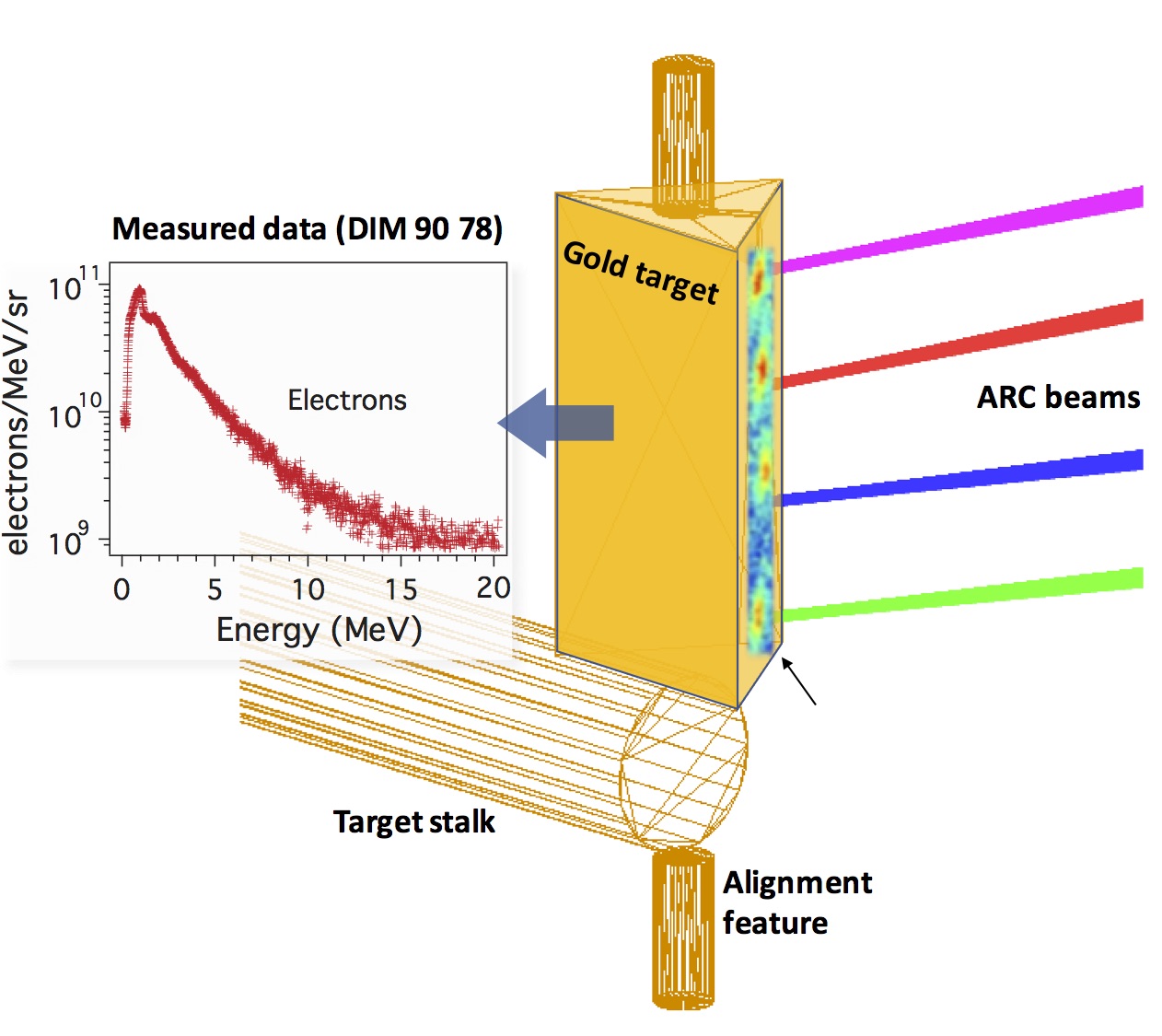