Structure of the FY18 Portfolio

The FY18 portfolio was carefully structured to promote the Program’s vigorous strategic vision and the long-term goals of DOE, NNSA, and Livermore.

The FY18 portfolio was carefully structured to promote the program's vigorous strategic vision and the long-term goals of DOE, NNSA, and Livermore. The projects in the present annual report underwent stringent peer-review selection and continuous management oversight. In FY18, the LDRD program funded 235 projects, for a total allocation of $98M. 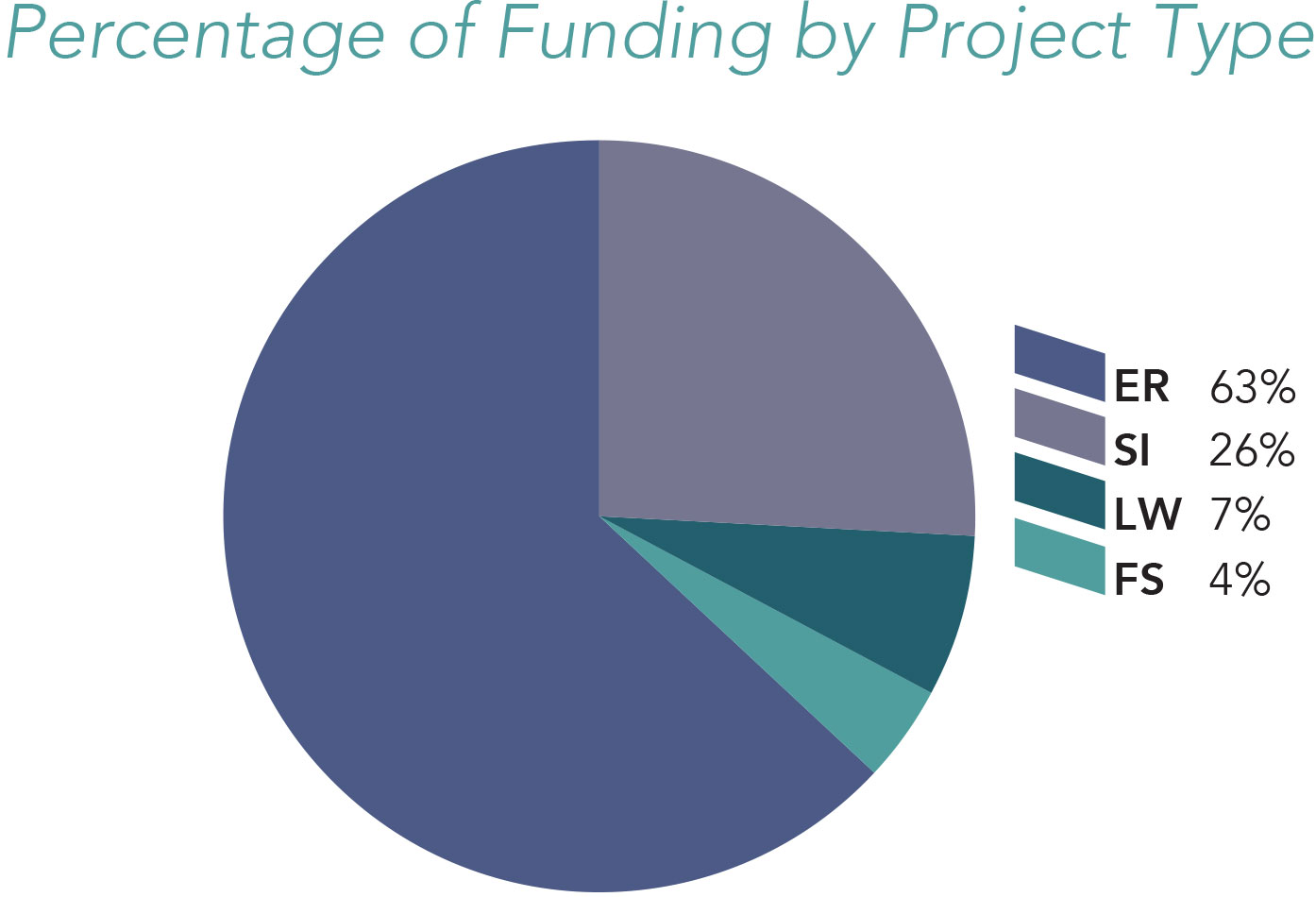 Thirteen SI projects were funded in FY18. Although SIs represented 6% of the total number of LDRD projects for the year, they claimed 26% of the budget. Individual SI projects received funding between $1.6M and $2.6M, with average funding of $1.9M.

In FY18, 155 ER projects constituted 66% of LDRD projects and almost 63% of the budget, making this category the largest in the portfolio. The average allocation for ER projects that were funded for the entire year was about $426K.

The program funded 41 feasibility studies in FY18, accounting for over 17% of all LDRD projects and over 4% of the budget. Many of these studies, which are limited to twelve months in duration, were funded for only part of the year because they began midyear in FY17 (and thus extended into FY18) or midyear in FY18 (in which case they will extend in FY19). Individual studies funded for the full fiscal year received an average of about $100K. 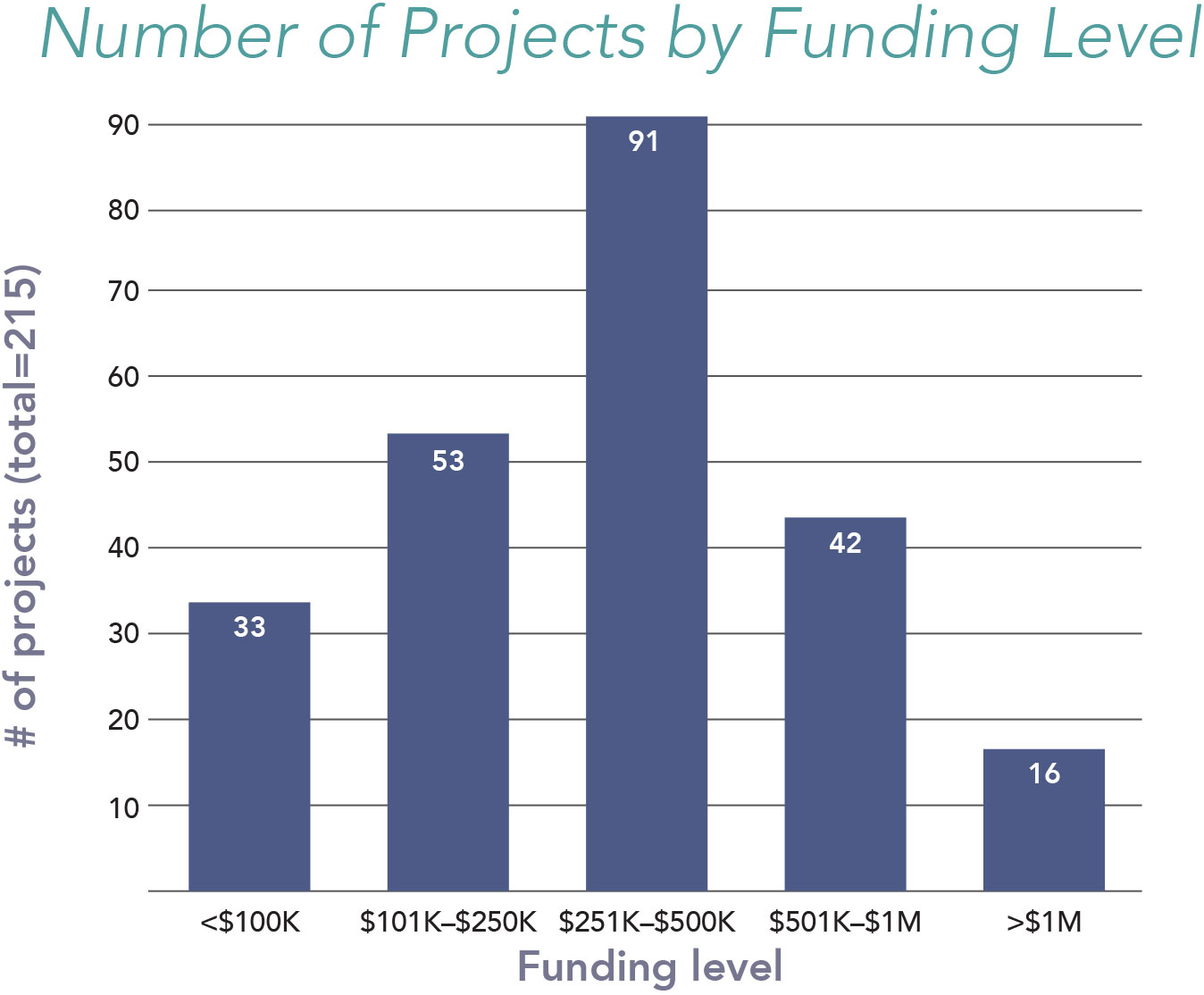 The following chart breaks down the number of projects in each field of research and their percentage of LDRD funding. The two largest categories (advanced materials and manufacturing and high-performance computing, simulation, and data science) each garnered about 18% of overall funding, with 33 and 32 projects, respectively. 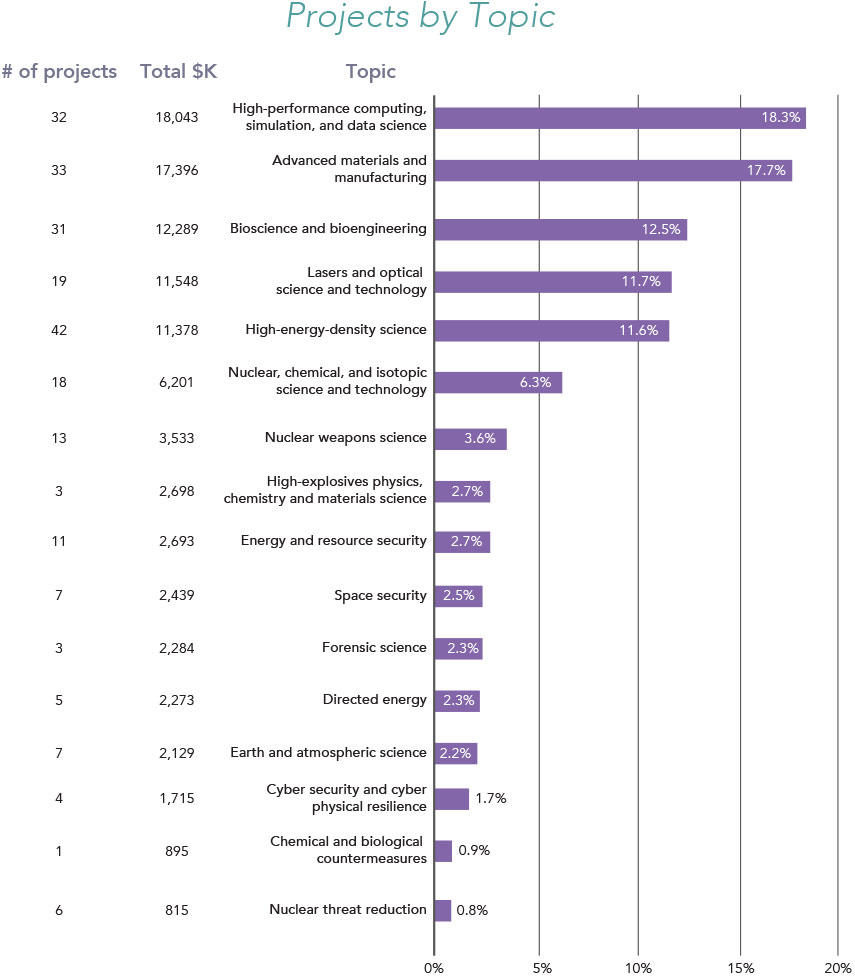