We expect to provide a path to progress in the field of laser–plasma interactions at LLNL. The multiscale approach we are pursuing presents a clear opportunity to enhance and increase confidence in laser–plasma interaction modeling, addressing the gulf between fluid-like simulations that can be applied to experimental scales but that omit nonlinear plasma-wave physics. In addition, we anticipate examining fully kinetic simulations that include nonlinear plasma-wave physics, but cannot be applied to experimental scales. Our goal is to develop, implement, and validate new physics models in the fluid-like multiphysics code pF3D used to study laser–plasma interactions, as well as novel basic plasma physics results obtained in tandem using the cutting-edge code LOKI for plasma physics, which is a high-order accurate solver for the kinetic Vlasov equation of the distribution function in a plasma. (The Vlasov equation describes the time evolution of the distribution function of a plasma consisting of charged particles with long-range interaction.) We will examine several key plasma physics areas including advection and deposition of energy transferred from plasma waves to the background distribution of particles, and fluid-like models of inherently kinetic processes that affect the amplitude or coherence of ion acoustic waves and electron plasma waves that will be developed and implemented in the pF3D code. We will also simulate the evolution of plasma waves with collisions to determine the threshold for onset of trapping and collisional effects on Landau damping of the amplitude of plasma waves.

Our research into advancing simulation capability by extending the physical regime of applicability of fluid codes will inform future predictive and diagnostic simulations, in support of the Laboratory's strategic focus area in stockpile stewardship science, in addition to the core competency in high-energy-density science. This project will further enhance the unique suite of LLNL high-energy-density physics simulation codes by extending the capabilities of the two-dimensional Vlasov code LOKI.

In FY15 we (1) incorporated an electromagnetic solver in the multiple-species LOKI code for the regime of stimulated Raman scattering and completed basic testing; (2) implemented a complete collisions operator, including pitch-angle scattering and thermalization in LOKI, as well as significant improvements to the scalability of the code; (3) implemented a broadband noise source in LOKI to facilitate transfer of results from LOKI to pF3D and the construction of reduced models; and (4) began developing a plasma-wave energy record in pF3D. 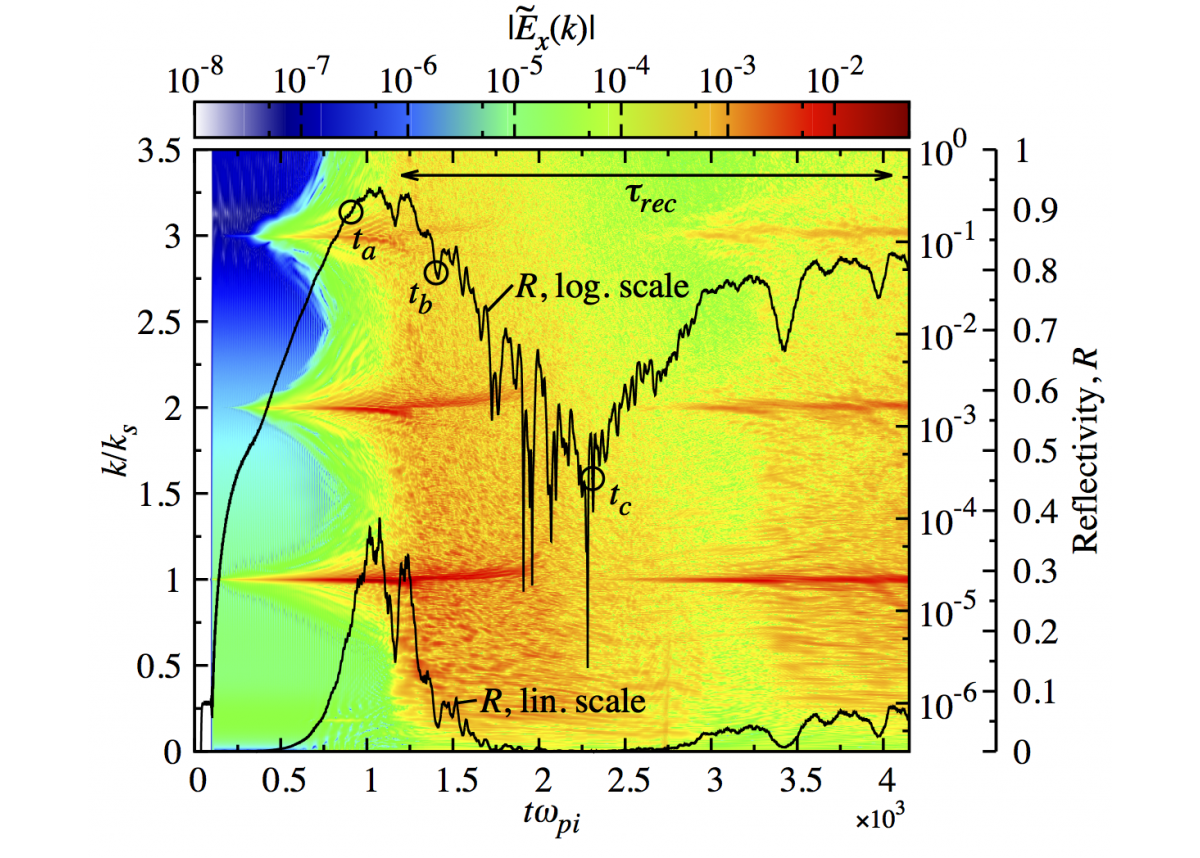