LDRD on Journal Covers (and TV)

In addition to the numerous awards LDRD researchers garner each year, innovative science, technology, and engineering is evidenced by both the number of scientific journal articles and front-cover features in high-visibility journals documenting LDRD Program project results. In FY17, several LDRD projects were featured in the press and on the covers of peer-reviewed journals.

In a project that made headlines, a team of Livermore researchers and collaborators provided experimental evidence for superionic conduction in water ice at planetary interior conditions. Published in the February 5, 2018 online edition of Nature Physics, the paper, “Experimental Evidence for Superionic Water Ice Using Shock Compression,” states that when water is heated to several thousand degrees at high pressure, similar to the conditions inside giant planets like Uranus and Neptune, its state is characterized by liquid-like hydrogen ions moving within a solid lattice of oxygen. In other words, it is simultaneously solid and liquid. Livermore physicist and lead author Marius Millot says, "Our work provides experimental evidence for superionic ice and… provides an important validation of state-of-the-art quantum simulations using density-functional-theory-based molecular dynamics.” This work has important implications for planetary science, because it indicates that Uranus and Neptune may contain vast amounts of superionic water ice. The results were carried across many mass-media publications, including PBS’s NovaNext, the British news source Independent, and the science section of the New York Times.

A team of Livermore scientists has characterized how different cell membranes behave, in research appearing as the cover story in the special November 21, 2017 Biophysical Journal. Cell membranes, the cover of the body's cells, are composed of millions of lipids. “One of the most interesting insights we found,” said Tim Carpenter, co-lead author of the paper, “was that there were subtle differences in the behavior of different membranes that only became apparent in large-scale simulations. These differences would have been overlooked in any simulation that used a smaller number of lipids.” The computer simulations required about five-million central-processing-unit hours on two Livermore computers. Had the simulations been run on a quad-core laptop, they would have required about 140 years. The upshot? According to Carpenter, “…if we want to accurately study and predict how both proteins and drugs behave, either on their own or when interacting with each other, it is important to study them in the correct environment. The influence of the membrane may mean that the same drug and the same protein could interact differently in different organs of the body.” 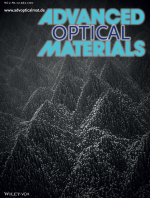 In “Design Rules for Tailoring Antireflection Properties of Hierarchical Optical Structures,” selected for the inside front cover of the July 3, 2017, issue of Advanced Optical Materials, a team of Livermore researchers describe a method for developing microscopic and nanometer-scale structures that enable the manipulation of the electromagnetic response of materials, extending the range of material transparency from optical toward microwave regimes. Taking a cue from nature, the team designed and optimized a synthetic version of a moth’s eye, a structure that exhibits excellent antireflection properties across the light spectrum, using hierarchical metamaterials consisting of micrometer-scale pyramids, with nanoscale pyramids following the micrometer-scale surface. The synthetic moth eye exhibited less than one percent reflection up to angles-of-incidence of 67 degrees. The team also developed a set of design rules for tailoring the properties of these optical structures. This research has application to laser optics, solar cells, and communications.

Through “heart-on-a-chip” technology—modeling a human heart on an engineered chip and measuring the effects of compound exposure on functions of heart tissue using microelectrodes—Livermore and Harvard Medical School researchers hope to decrease the time needed for new drug trials and ensure potentially lifesaving drugs are safe and effective while reducing the need for human and animal testing. The research is part of the Laboratory’s in-vitro Chip-Based Human Investigational Platform (iCHIP) project, which replicates human systems on engineered platforms to test the effects of toxic chemical and biological compounds. The article “Simultaneous Electrical Recording of Cardiac Electrophysiology and Contraction on Chip,” featured on the inside cover of the May 2017 print edition of the journal Lab on a Chip, describes the successful recording of both electrical signals and cellular beating from normal human heart cells grown on a multi-electrode array developed at LLNL. According to the researchers, it is the first design capable of simultaneously mapping both the electrophysiology and contraction frequency of the cells. The technology, which builds on previous successful iCHIP research on the peripheral and central nervous systems, involves the use of human cardiac cells cultured for up to nine days on an engineered chip. These cells naturally and spontaneously grow into a two-dimensional heart tissue that starts to beat after two days in culture. When the tissue is exposed to norepinephrine, a stimulant drug used to treat low blood pressure and heart failure, both the electrical signal and the beating increase in the cells, as would happen in the body. The change in heart rate is measured using highly sensitive electrodes in the microelectrode array. The researchers conclude that the platform could accurately and non-invasively measure heart-tissue growth, electrophysiology, and heartbeat simultaneously and in real time. 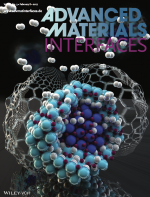 Lawrence Livermore scientists have collaborated with an interdisciplinary team of researchers from Dalhousie University, Ecole Polytechnique Federale de Lausanne, the National Institute of Standards and Technology, Robert Bosch Research, and Sandia National Laboratories to develop an efficient hydrogen storage system that could be a boon for hydrogen-powered vehicles. Complex metal hydrides are a promising class of hydrogen storage materials, which are now limited by slow hydrogen uptake and release. Nanoconfinement—infiltrating the metal hydride within a matrix of another material, such as carbon—can make this process faster by shortening diffusion pathways for hydrogen or by changing the thermodynamic stability of the material. The team showed that the presence of internal nano-interfaces within nanoconfined hydrides can alter which phases appear when the material is cycled. Researchers examined the high-capacity lithium nitride (Li3N) hydrogen storage system under nanoconfinement. Using a combination of theoretical and experimental techniques, they showed that the pathways for the uptake and release of hydrogen were fundamentally changed by the presence of nano-interfaces, leading to dramatically faster performance and reversibility. The research appears on the cover of the February 8, 2017, edition of Advanced Materials Interfaces and in the article “Nanointerface-Driven Reversible Hydrogen Storage in the Nanoconfined Li–N–H System.”

A group of Livermore researchers has developed a two-part process that uses direct ink writing (DIW) to three-dimensionally (3D) print optically transparent glass structures with sub-millimeter features. As described in the article “3D Printing: 3D-Printed Transparent Glass,” featured on the back cover of the July 12, 2017, issue of Advanced Materials, special inks made of colloidal silica suspensions are extruded through a nozzle in a programmable pattern to form silica green bodies (porous, low-density structures). These structures are then dried and heated to temperatures below the melting point of silica to sinter the green body into a fully dense, amorphous, transparent solid structure. This process enables the fabrication of optimal, robust, lightweight, and compact optics that cannot be achieved by conventional means. The technology supports the Laboratory's interests in space applications and in compact, high-average-power laser systems for inertial fusion energy, defense, and industry.