The Long-Term Impacts of LDRD Investments: Centers for Strategic Partnerships

One of the benefits the LDRD Program brings to the Laboratory is the opportunity for in-house researchers to collaborate with outside scientists and engineers. Some collaborations are built into a project’s plan and involve academic or other research institutions; others are formulated after a project has begun and may involve industrial organizations. Industry partners provide the special advantage of marketplace experience that informs the future commercial viability of a technology under development.

Such collaborations with industrial partners are guided by a cooperative research and development agreement (CRADA) to establish each party’s tasks, timelines, and ownership. The presence of a CRADA within an LDRD project signals that the project is likely to lead to major innovation with broad application beyond DOE missions.

The following examples of recent CRADA-based industry partnerships illustrate the potential for innovations such collaborations provide. 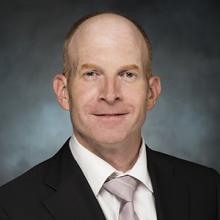 To serve today’s national security needs, the U.S. space program must engage challenges with responsiveness, adaptability, and resilience. However, high developmental and operational costs and long build and deployment windows are common obstacles that can greatly diminish the effectiveness of missions. As part of an 18-month CRADA, LLNL researchers led by Michael Pivovaroff collaborated with Millennium Satellite Systems (MSS), a privately held, California-based company, to develop satellite technologies that helped overcome some of these barriers and limitations.

For both synoptic (frequent-view) and multi-static (multi-view) space missions, the LLNL team developed a new approach to constructing space telescopes that are robust, compact, and need no on-orbit focusing or alignment. Operating in low Earth orbit, these satellites depend on star tracking to ensure they maintain their positioning. To improve this performance, the team also created algorithms for processing raw star tracker data. By partnering with MSS, valuable flight test data from operational space-based sensors was provided to enable the researchers to advance both sensor capability and algorithm efficiency. In turn, MSS used the results of the research and development to evaluate and develop products for the space industry.

The partnership with MSS supported the larger effort of the LDRD project, which demonstrated success in several areas: (1) developing a low-cost, powerful facility to perform ground-based, optical space situational awareness; (2) developing algorithms applicable to satellite-based star trackers, geo-location, space object identification, and maintaining space situational awareness catalogs; (3) developing, implementing, and optimizing efficient algorithms to choose the appropriate orientation of a satellite to tailor how it moves through the tenuous atmosphere present in low earth orbit; (4) modeling, fabricating, and experimentally validating the performance of a family of monolithic optics designs; and (5) developing a nanosatellite-based capability to monitor methane concentrations in the atmosphere in partnership with NASA Goddard Space Flight Center.

The accomplishments under this CRADA have helped to foster several other expanded collaborations. As a result of the advanced algorithms and hardware concepts, several U.S. government sponsors have funded programs to deploy and adapt these capabilities for their specific missions. 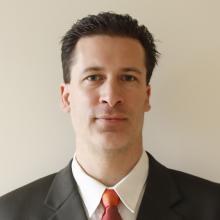 In FY2017, a team of Livermore researchers led by Andrew Bayramian joined forces with Electro-Optics Technology, Inc. (EOT) to develop the next generation of high-average-power, high-energy lasers. Based in Traverse City, Michigan, EOT is a leading developer of electro-optical laser components and diagnostic equipment. Under their two-year CRADA, LLNL and EOT will combine their know-how in high-power thermal management and magnetics, respectively, to produce an innovative Faraday rotator, a device that can be used in high-power laser systems to reduce stress-birefringence effects, as well as gain and/or target isolation.

Livermore’s petawatt laser, developed 20 years ago, ushered in the relativistic optics regime (where laser–matter interactions are affected by the relativistic character of the electrons) and contributed unexpected discoveries, such as the production of ions at mega-electronvolt energies, that have become standard probes for high-energy-density science. But while high-energy, short-pulse laser systems have enabled a wide range of new high-energy particle and radiation sources for single-shot research, they will remain unsuitable for practical applications outside the research laboratory until they can produce even higher repetition rates and average power—beyond the kilowatt barrier to tens (and ultimately hundreds) of kilowatts.

In research funded by the LDRD Program, Bayramian and his team are attempting to meet the technical challenge of scaling short-pulse laser technology to higher average power. Their ultimate goal is to craft a decadal plan for increasing average power levels up to a thousand times higher than the current state of the art to meet a broad range of radiation-source requirements for accelerator, medical, and industrial applications. Achieving this performance requires improvements in efficiency and control of thermal effects through advanced materials development and innovative design.

This CRADA will facilitate co-development of a high-average-power Faraday rotator (FR) technology by combining EOT’s grasp of magnetic field science with the Laboratory’s expertise in engineering materials to provide higher damage thresholds and thermal management for high-average-power laser systems. EOT’s commercial experience and lessons learned from the industrial sector will inform the plan, helping bring about the practical applicability of the evolving technology—thereby enabling these high-average-power lasers to function at peak performance and safely operate in a target environment.